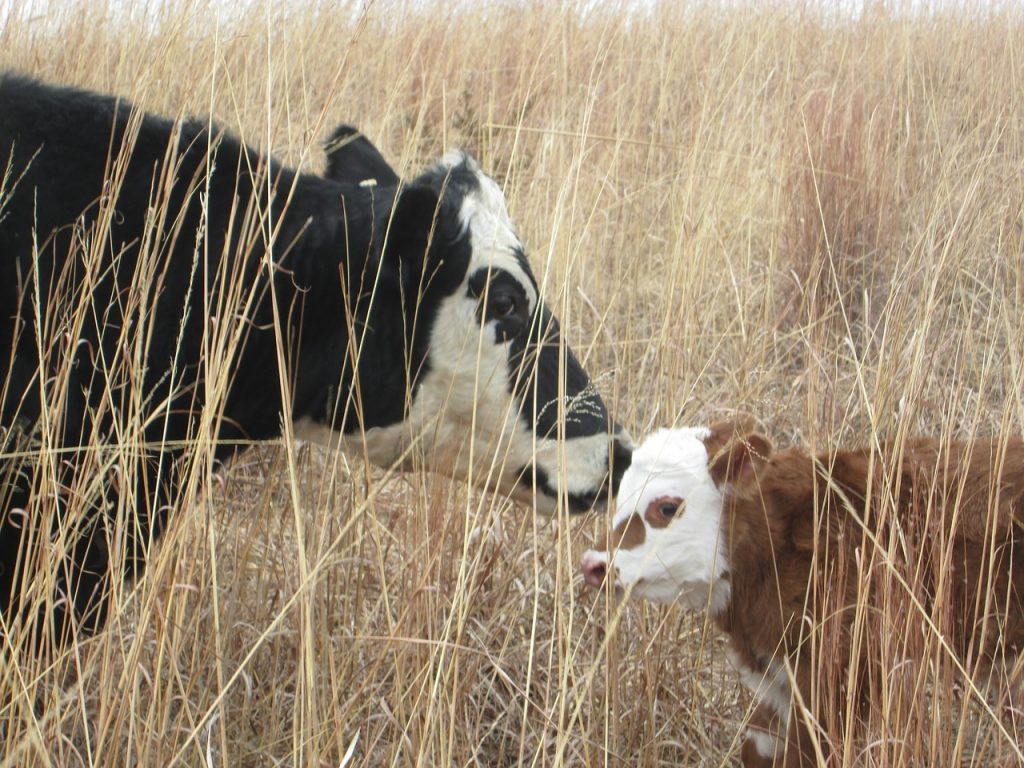 Spring in Wyoming means an abundance of our famous wind and a few stray snowstorms sprinkled amongst days that are so bright and sunny, we can almost taste it. It also means calving, a season of its own here in Wyoming and at the Vee Bar Ranch. The cows that you will be riding amongst during the summer have been busy doing the most natural thing they will do their whole lives. But even on the ranches you will be visiting, there is more than one way to usher in new life.

First of all, calve is both a verb and a noun, which can get a little confusing. It describes both the act of giving birth and the actual animal itself. The time of year that the herd calves is picked many months ago, 283 days before the birth day, according to the average. Breeding happens during the summer for 2-3 cycles to increase the chances of conception, or 65-70 days, which means the range of dates for calving runs at least two months. 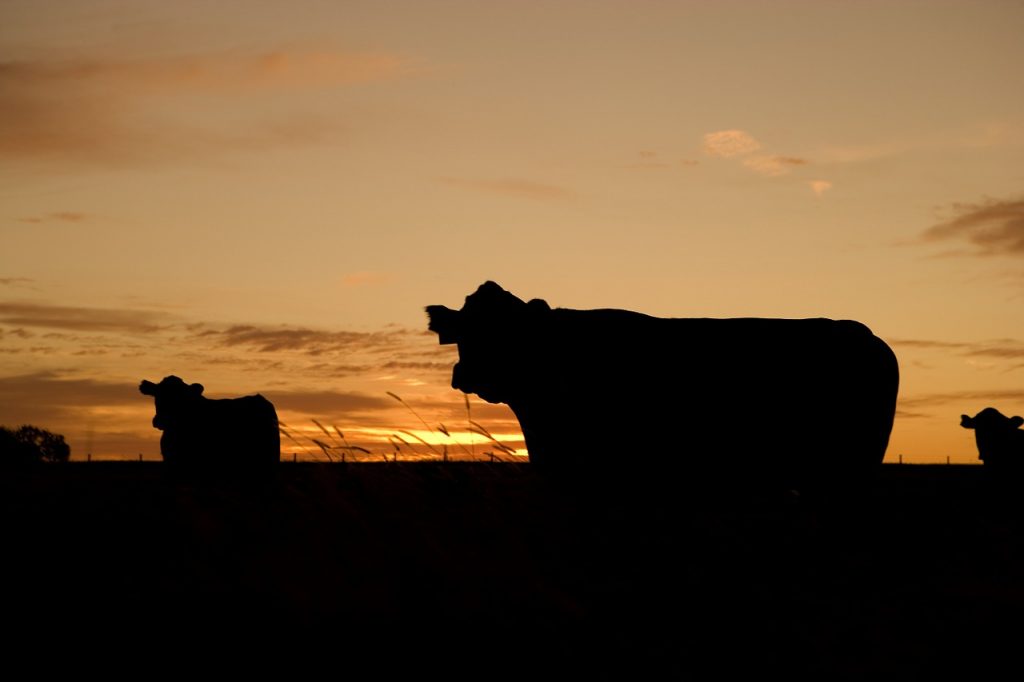 Most ranchers in this area, ourselves included, practice “spring calving” starting as early as January and running into March. This time of the year is preferred by ranchers who want to maximize the size of the calves for selling at the market in the fall. It is also preferred because the ground is hard and frozen, reducing the risk of infections or injuries from “soggy soil.” It is challenging because we get the majority of our snowfall for the year during these months, making it pretty common to be checking cows during a blizzard or storm. And those babies might get a warm shower in the outhouse by the corral (no joke!) or towels and a sheltered barn, at the very least. Animal husbandry has some unusual twists!

Two to four times a day (and even more for first-time mothers, called heifers) the herd is checked around the clock. Some ranches hire someone to do it, usually ranch kids from the university in Laramie. Sometimes it’s an all-night card game and a bottle of whiskey, or other traditions kept by the generations of cowboys and ranchers that have come before. In Wyoming, it’s a rite of passage, as well as being a yearly practice.

Here at the Vee Bar, it’s more often comprised of games of Uno and alarm clocks off and on all night, left in the hands of Brent and other friends and family members who come stay to help out. The calvers (it’s also a noun to describe the hands that monitor the process) usually stay in the “camper,” or the living quarters of the horse trailer here on the ranch. You might find Brent out there or his friend, Kelly, who brings along his 6-year old son. It won’t be long before Bailey will be up every few hours, checking cows with her dad. We have calved about 60 little ones this season, no small feat. 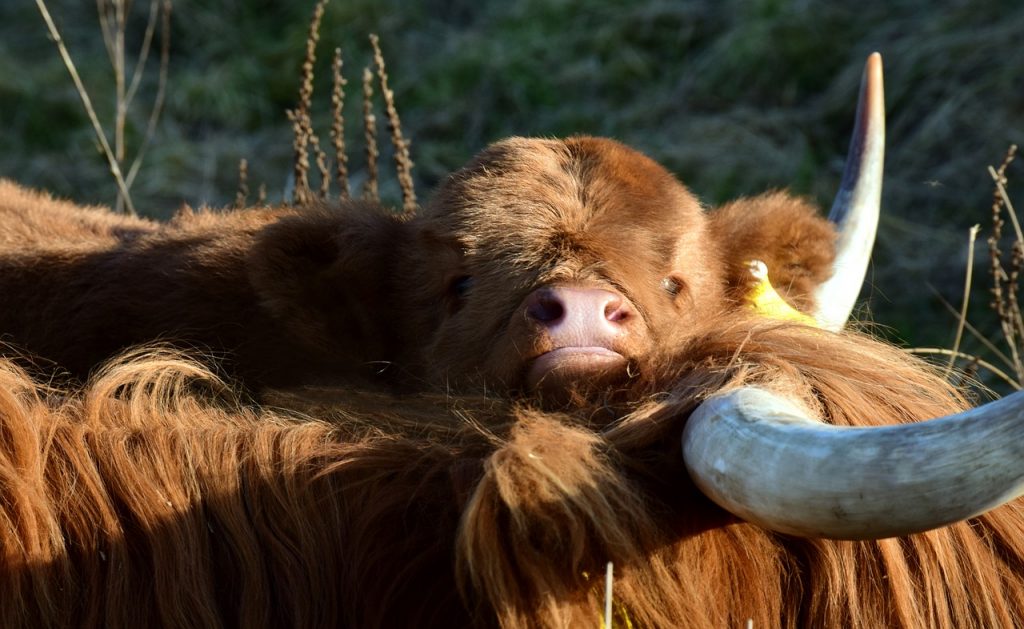 At our neighboring ranch, they do things differently. Hecht Creek Ranch practices “summer calving” with their heard of hairy Highland cattle. In their case, there is very little night calving, because temperatures are not sub-zero. And while their calves may be smaller at market time in the fall, they traditionally have less death loss and save money in hay costs, taking advantage of the peak grasses for moms to nurse the babies to a heavy weight.

Either way you slice it, you may have to pull the calves that are having troubles being born or help the mamas or the calves along in the process. Some folks even bring the cows in the barn to calve. And then you need to determine if the calves and mamas are healthy, if the calves are nursing, and other surprises along the way that are familiar to new parents.

Soon, these snowstorms and long hours helping our herd bring in the new generation will feel like a long time ago. We will watch the river rise with the melting snow in the mountains, the grass get greener, and wildflowers and birds starting to make their appearances. By the time you see them, the calves will be kicking up their heels and playing in the new green pastures. And so will we. 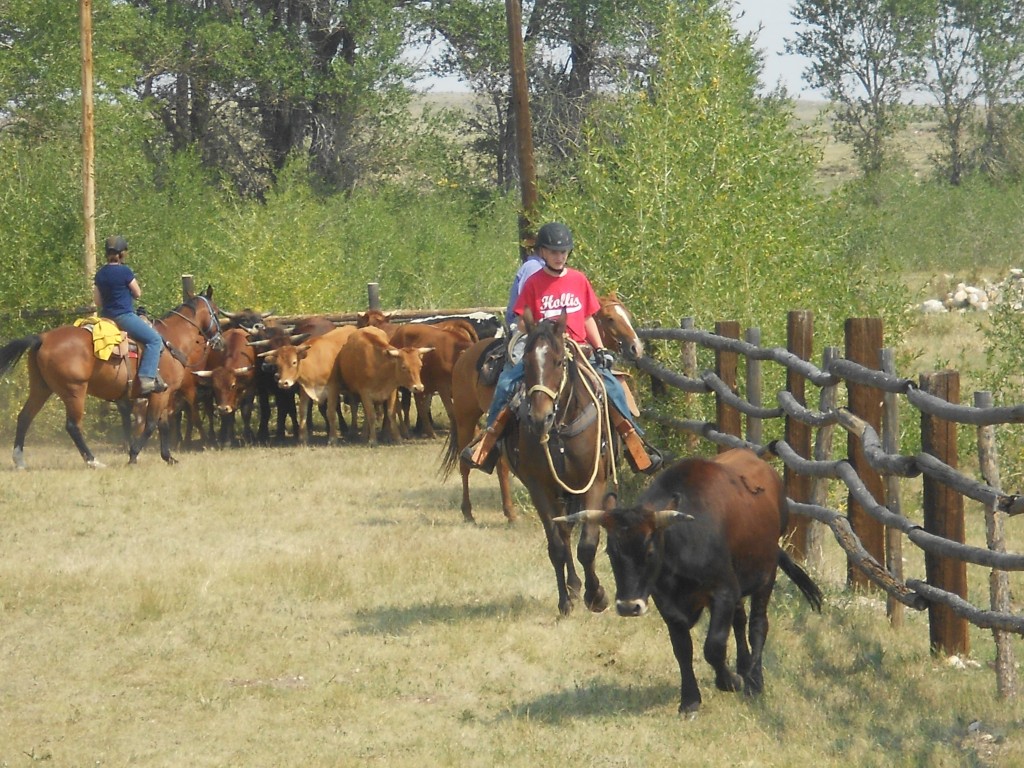 Did you know?  You can visit the Vee Bar Guest Ranch in the summer and help herd cattle or team pen cattle!  Read more about our summer packages and rates, view our sample summer schedule, and contact us to plan your visit! 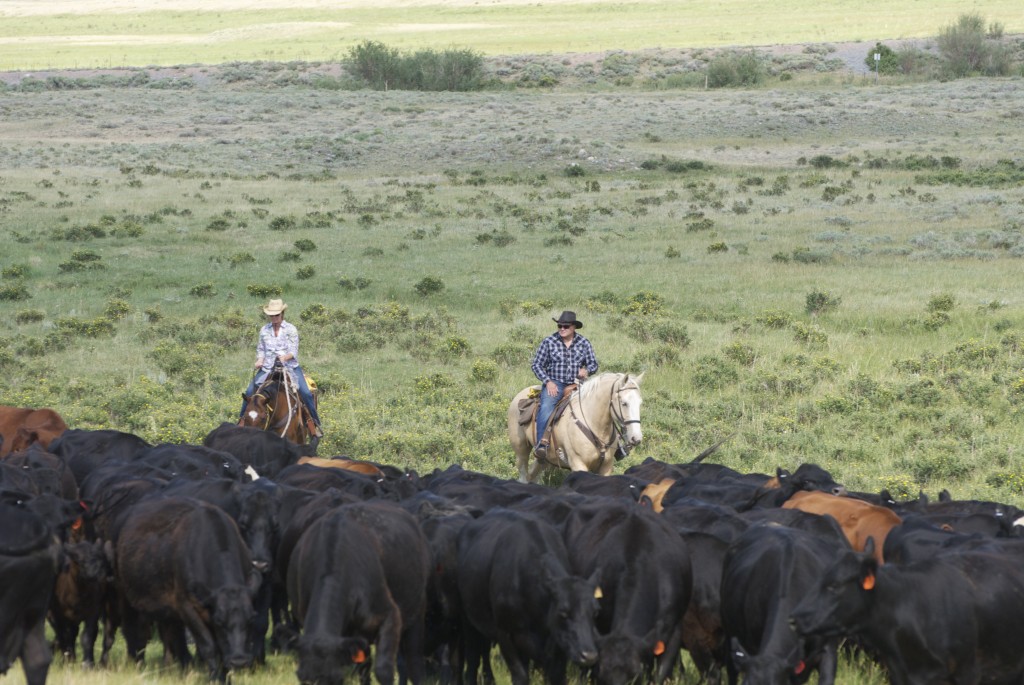